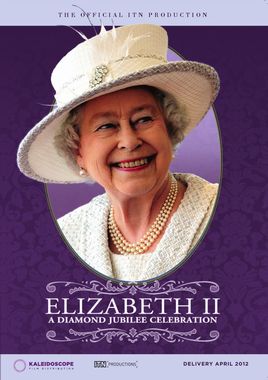 On her Diamond Jubilee, ITN explores the ups and downs or Queen Elizabeth II’s 60 year reign.

“I declare before you all that my whole life, whether it be long or short, shall be devoted to your service and the service of our great imperial family to which we all belong.” Princess Elizabeth of York, 1947

This was a promise delivered by Princess Elizabeth on her 21st birthday, addressing the Nation she would one day  reign over. Now approaching her 60th year on the throne, her vow has not  faltered and the Queen’s popularity is greater than ever.

But Elizabeth’s relationship with her country has not always been an easy one.  As the monarch  who  witnessed the launch of the internet and saw royal control diminish as media power surged, the Queen is the most famous and reported upon monarch in the world. But for her and her immediate royal family, this has not always been an advantage.

With  unrivalled archive footage from ITN source, home  video  and featuring interviews from royal  correspondents  as well as civilians, we  reveal the highs and lows of Elizabeth II’s reign and how she has had to adapt her own values in order to forge a place for the monarchy in modern society.  Set out decade by decade, this three part series will celebrate the Queen and reveal how the Nation’s 60 year love affair with this monarch has had its turbulent times, but appears to be ending with us falling in love all over again.

Stoic and calm The Queen encapsulates the best of British characteristics: strength, honour, pride. Elizabeth II’s reign is not  just the journey of a woman shaped by a Nation, but of a woman who shaped a nation.