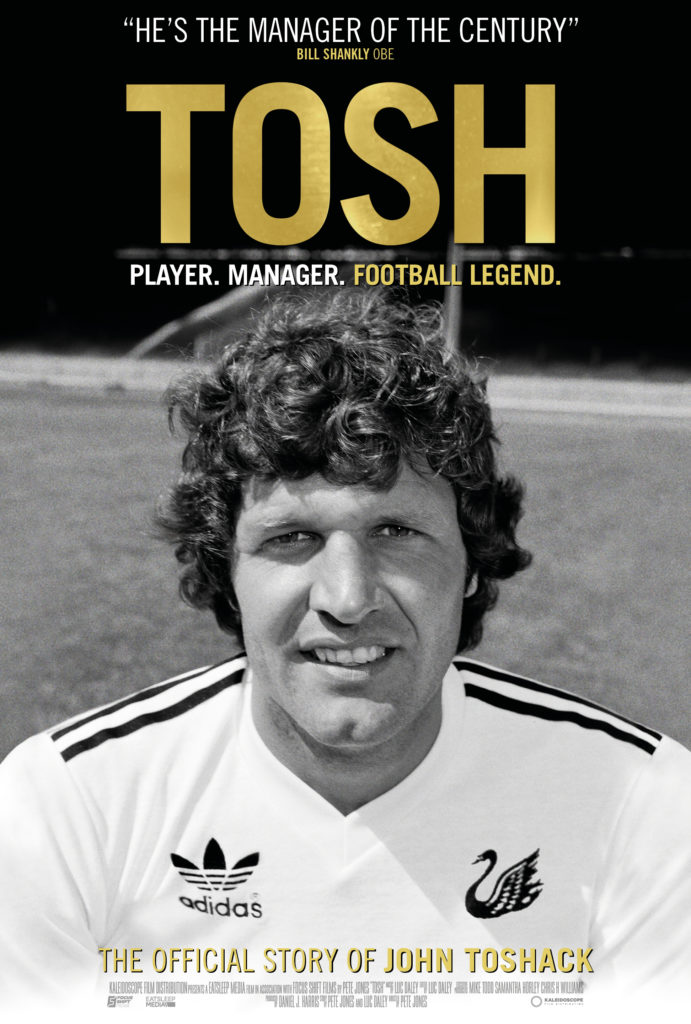 The definitive portrait of John Toshack: Welsh, Liverpool, and Swansea legend, and one of football’s most inspirational figures.

Introducing the story of one of football’s most inspirational figures: British legend and globally renowned coach, John Toshack. Relive the unbelievable story of a man who, after leaving European champions Liverpool in 1978, took on struggling Swansea City and guided them on a miraculous journey from the Fourth, to First division in the English league structure, in just four years. Discover how this passionate player and manager galvanised a side, and a city, before achieving multiple successes coaching worldwide – from Spain’s Real Madrid, Real Sociedad, and Deportivo, Turkey’s Besiktas, France’s Saint Etienne, Morocco’s Wydad Casablanca, and even the Macedonian National team – in a spectacular career spanning 40 years.