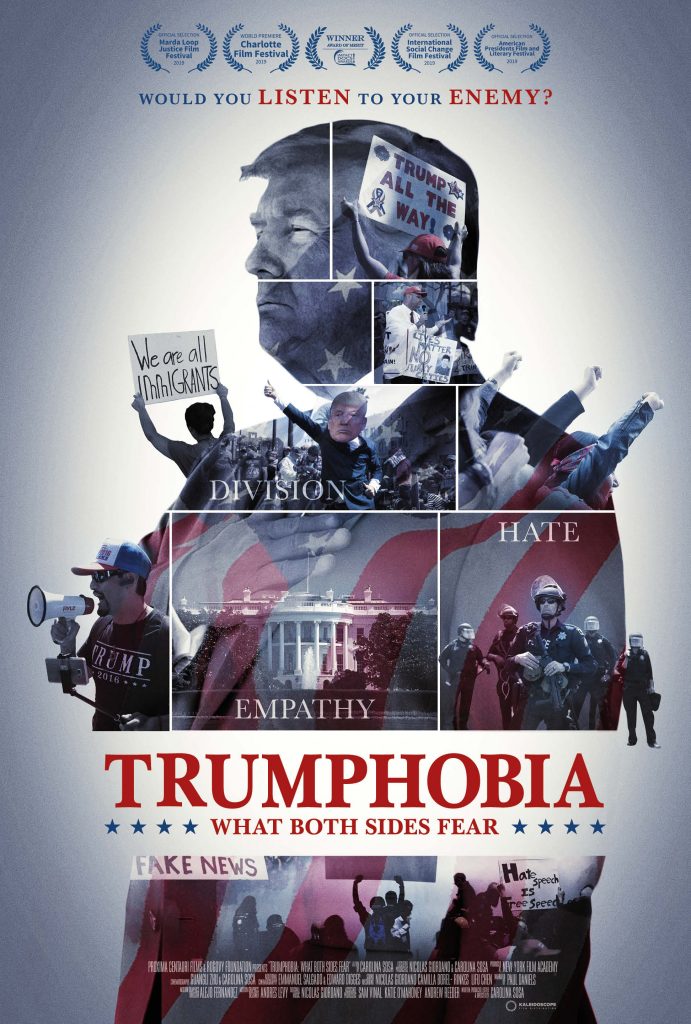 Trumphobia: What Both Sides Fear

Hate, fear and controversy. Revolution, resurgence and re-empowerment. All words that have been used to describe Donald Trump’s Presidency.  Now, told through the eyes of normal citizens, this fascinating exploration of modern America attempts to separate the fake news from the facts, in this most challenging of political and social climates.

Giving strength and safety to some, but imposing fear and anger on others, the divisive policies of President Donald Trump have resulted in an explosion of confrontations across America. This provocative documentary goes deeper into Americans’ minds to truly understand the current divide, standing in the middle of the road between the President’s supporters and opponents.

Through carefully selected footage of political debates, marches, and protests, interviews with U.S. politicians, hate crime victims, and those most affected by Trump’s policies on both sides, the film offers a balanced and moving assessment, categorizing Trump’s controversial rhetoric and the media’s often unbalanced mischaracterization of the facts as the root cause of the heightened political tension. Urging viewers to unite the country with empathy and compassion for those with disparate political opinions, the film delivers a powerful message that’s never been more needed than now, in the lead up to the 2020 U.S. elections.