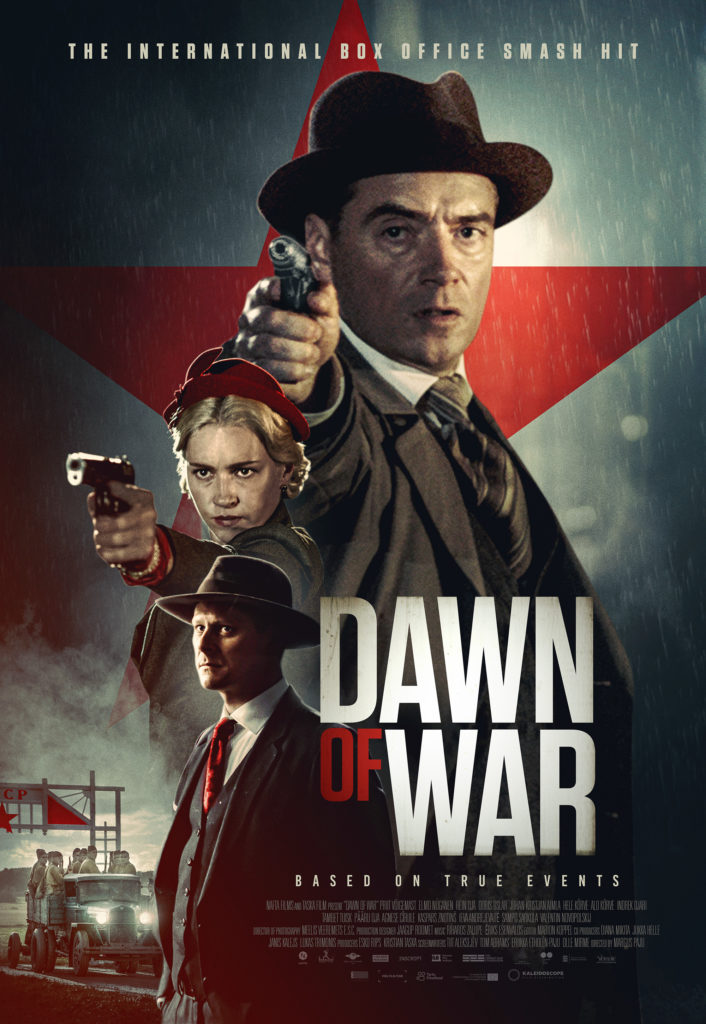 The international box office smash hit: a stunning spy thriller set on the eve on WWII, this is the real-life story of an Estonian spy tasked with catching a Soviet double agent, and preventing a catastrophic Red Army invasion.

It’s August 1939 and Europe fears an imminent war. Standing alone against Stalin’s Soviet Union and Hitler’s Third Reich, the country of Estonia suffers a fatal blow when the head of counter-Soviet Intelligence is murdered, raising suspicions of a mole within their ranks. As global, political and military events unfold at a dizzying speed, the task of finding the mysterious Soviet double agent falls to Estonian spy, Feliks Kangur. But whilst chasing down the traitor, Germany and the Soviet Union make their move to invade Poland, and Feliks makes a chilling discovery… The Red Army have actioned a covert operation to annex Estonia next, an event that would have devastating consequences for both his country, and his secret relationship with young Polish art historian, Maria.