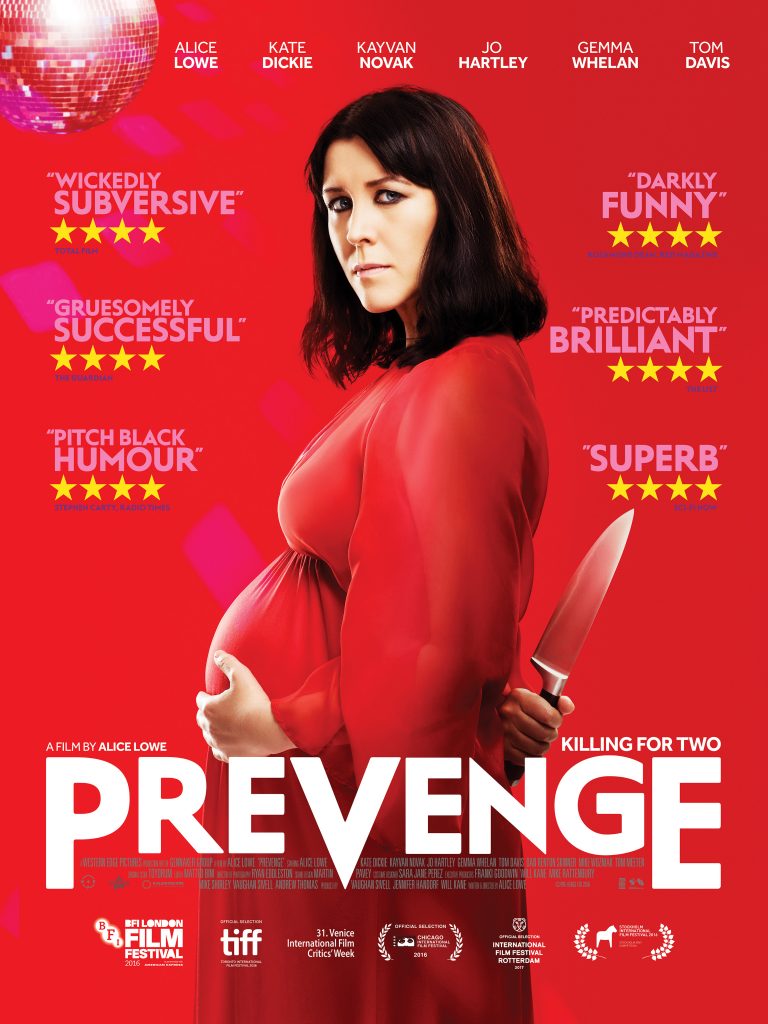 Driven by the voice of her unborn child, a pregnant woman takes revenge for the death of her boyfriend, embarking on a killing spree that is both vicious and funny.

A pitch black, wryly British comedy from the mind of Alice Lowe, Prevenge follows Ruth, a pregnant woman on a killing spree. It’s her misanthropic unborn baby dictating Ruth’s actions, holding society responsible for the absence of a father. The child speaks to Ruth from the womb, coaching her to lure and ultimately kill her unsuspecting victims.

Struggling with her conscience, loneliness, and a strange strain of prepartum madness, Ruth must ultimately choose between redemption and destruction at the moment of motherhood.

Having shown at Venice, Toronto and most recently the London International Film Festival, Prevenge marks the directorial debut from Lowe, who is a true triple threat, writing, directing, and acting in the film during her own real-life pregnancy.