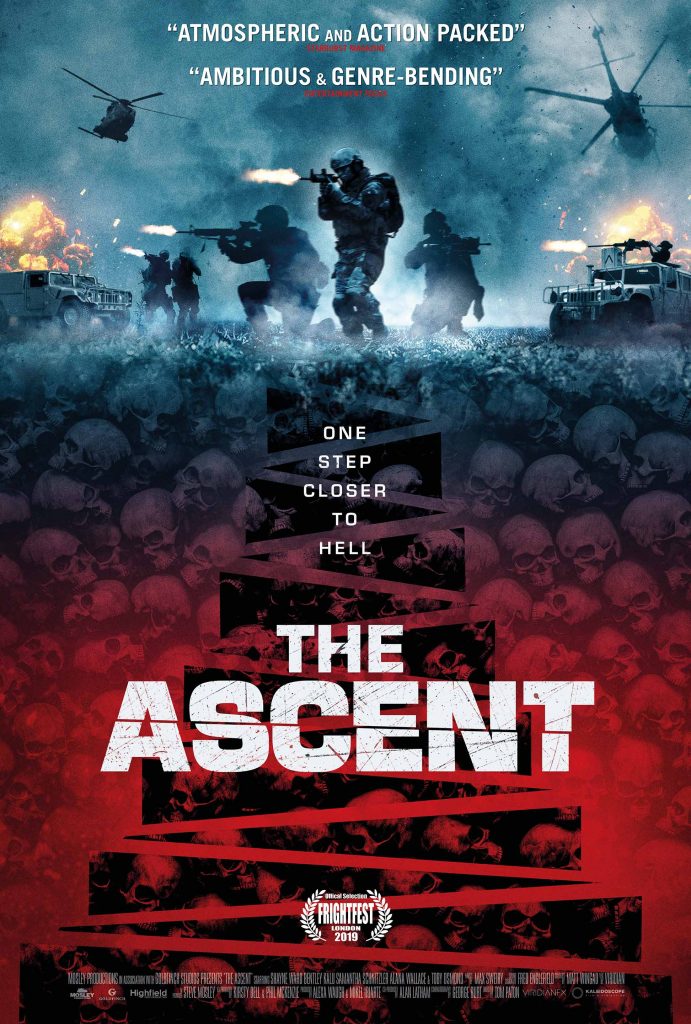 A group of war-weary soldiers are forced to confront their past sins in this genre-bending, action-packed, British horror.

Blending sci-fi, action and horror, complete with bone-crunching fight sequences, time travel and existential dread, The Ascent follows a black ops team who find themselves trapped in a terrifying, never-ending stairwell.  Forced to climb or die, the group soon come face to face with their past sins in a desperate fight for survival.