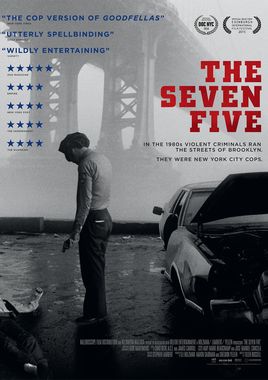 In the late 1980s and early ’90s Brooklyn, NY was the murder capital of America and ground zero for the crack cocaine epidemic. One man led his crew on a rampage through the streets of East New York, robbing dope dealers at gunpoint, stealing countless kilos of cocaine and hundreds of thousands dollars in cash. He was a New York City cop. This is his story – a high-octane documentary thriller about Michael Dowd, the dirtiest cop ever. His arrest in 1992 led to the largest police corruption scandal in New York City history.

It all began in a Brooklyn precinct known as The Seven Five.