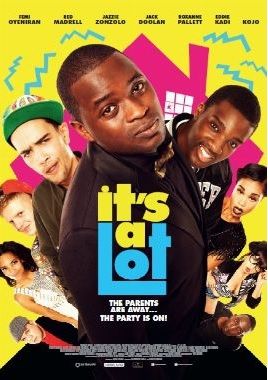 Desperate to fit in at high school and score the girl of his dreams, Shaun holds a wild house party, with disastrous consequences!

Shaun’s a lucky boy – growing up he’s had the right education, parents that loved him and he’s never been short of cash. But as he gets older, he finds he doesn’t fit into this world, especially with the self-righteous and entitled kids at his posh private school.

Deliberately deceiving his family, he enrols at his cousin’s high school where he discovers an untouched new world of girls, parties and excitement.

Desperate to make a name for himself, he tries to impress the most popular girl at school, Natalie, by holding a party for her at his mansion. But all he manages to do is trash the place and even destroy his Dad’s prized Lotus. He’s left with two weeks to find £20,000 to put things right before his parents get back from holiday and his dad goes tribal!

Shawn devises a plan to make some quick money, but he’s going to have to risk all he knows and tell a whole lot of lies to the people he loves most. Will he try and get away with it and be the boy he always wanted to be, or will he come clean and face the music? When things get out of hand….It’s A Lot!