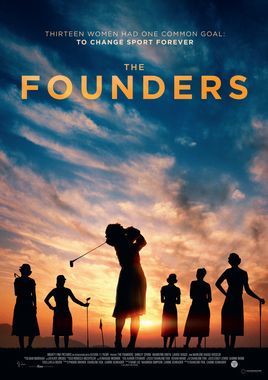 The iconic story of thirteen women who battled society, prejudice and preconception to create a lasting, global sporting legacy.

With humour, grit and raw talent, these underdogs not only changed the course of women’s sport but created a timeless story of redemption and endurance. Through rare, archival footage, historical re-enactments and current-day interviews with surviving founders and leading players, we tell that story – a special legacy – in this feature-length documentary.

While their male counterparts drew adoring crowds and handsome purses for their athletic achievements, The Founders used money from their own pockets to stage tournaments in small, far-flung towns that questioned whether female golfers were even worth watching. Together, they logged thousands of miles a week just for the opportunity to tee off on courses they also had to groom!

Long overdue, this film is about finally recognizing those unseen efforts and identifying The Founders as true icons of sport and equality. The film isn’t just for those who frequent the golf course. This film is for anyone who believes in the transformative power of defying the odds.