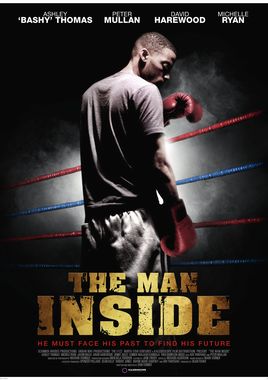 Desperate not to be like his father, a young boxer must fight everything he knows to stop history repeating.

Clayton Murdoch carries a terrible darkness inside him: as a boy he was exposed by his brutal father to violence, domestic abuse, gang culture and ultimately murder. Years later and with his father now in prison, Clayton struggles to overcome his past. In a city where every day there is a constant threat of violence and death, he keeps his sanity by channelling his aggression into boxing, the one part of his life where he feels powerful, in control, contained.

However, when the violence that surrounds him starts to destroy his own family, Clayton’s inner darkness is unleashed. And now, to gain vengeance against those who have taken his loved ones, he must ask the one man he fears the most for help: his father. With everything around him falling apart and the full shocking fury in him let loose, Clayton must look death in the face and find out who is the man inside.